Arrived back from Coolamon, A country Picnic Rod Run yesterday afternoon. Good little run that was limited to 50 entries. Coolamons a lovely town, very welcoming, Janet and I have been been there 3 or 4 times now and always happy to go back there.

A very well organised run, good food and a good bunch of people. Not many Rod Runs you go to that you get to eat Steak and Salad on a Friday night (with free alcoholic drinks included), Bacon and eggs on Saturday and Sunday mornings and Chinese food for dinner at the Coolamon Sports and Recreation Club on the Saturday night.

Add to that a nice Cruise through the countryside on the saturday morning and a stop for Saturday lunch at the Marrar Hotel before retiring to Coolamon for a Show & Shine on the saturday afternoon. Well done to the Little Bit Country Rodders who staged the event and definitely a Rod Run worth attending next time it’s held (every 2 years I believe).

Lots of pics from the event in the Coolamon, A Country Picnic post opposite.

Having attended this event and learnt on Friday Night of the cancellation of the ASRF Non Nationals at Goulburn, which were to be held over the Easter Weekend. Together with the current Federal Government Policies surrounding the Corona Virus, one has to wonder about the immediate future of all Rod Runs, Show & Shines and other events which were planned for this year. What can one  say, other than “stay safe people and look after yourselves’. Hopefully things will improve very quickly and we can return to some sort of normality.

Fires, Floods and Corona Virus. Not much been happening here, I guess like most people, I’ve just been trying to stay out of harms way for the last couple of months.

Moruya weekend was still effected by fires, smoke and soot and while I believe there were still some 30 + hardy soles who went to the event, I wasn’t one of them. Similarly, Currarong Campout was a washout, talk about  one extreme to another, fire to floods. There were still lots of participants at the Currarong Campout but probably more of them in 4 wheel drives than Hot Rods. The same for the 2 Show  & Shine Events we had planned for the Saturday of the Currarong Weekend, the Show and Shine at Callala Bay went ahead with about 20 odd cars in attendance but by the time we traveled across to Culburra for the Show &* Shine at that location, the heavens had opened up once again and the Culburra event became just a lunch at the club for the participants.

Any way, no good complaining.

Last weekend I actually got to take the pickup and the caravan up to Canton Beach for the Easy Street weekend. Some lovely cars up there and a great time was had by all, some 106 entrants, a Poker Run and a Show & Shine at Toukley on the Saturday and an ‘in house’ Show & Shine at the caravan park on the Sunday. The Shoalhaven Street Rodders were well represented at the event with Bob & Chris Adams, Ron Dale, Wal & Rhonda Hayes, George and Therese French and John & Janet Murray making the trip up the M1 for the weekend. Sorry, no trophies this weekend but lots of photo’s in the Canton Beach 2020 post opposite.

The same people as mentioned above, plus Daryl & Jen Richards, together with Terry Levin are off the Coolamon this weekend for another event (that is if my car is back on the road tomorrow – bloody wheel bearing). So hopefully, another report and more photo’s next week.

It’s now less than a week until the Currarong Campout Weekend. Apparently the information I was given, and which was previously displayed on this site, about there being no vacancies at Currarong was incorrect. On Thursday of this week ( (29/01/20) I was informed by our President, Bob Adams, that there was still a 20% vacancy rate at the Caravan Park. So, if your interested, I suggest you give them a call.

Agenda for the weekend is as follows:

Saturday Night – Make your own arrangements for dinner, most people  eat and have a few drinks at Currarong Bowling Club.

Sunday Morning – Raffles and morning tea at the caravan park(Supplied).

If you haven’t been able to book a site or weren’t able to come to the weekend, give some consideration to supporting one or both of the 2 Show & Shine Events that the Shoalhaven Street Rodders are holding on Saturday 8 February, 2020 in support of local Rural Fire Service Volunteers. The Shoalhaven Street Rodders welcome the support of all and any Rodders at these events.

These events are open to the public and a collection bucket will be available at both events for the public (and hot rodders) to show their appreciation to the Rural Fire Service Volunteers by making a donation.

Sheena Watkins from Shannons Insurance will be present at the Culburra event and will be handing out the Shannons Trophy (No Trevor, she has told me she doesn’t like yellow cars). A trophy has now also been made available for the Callala Bay Markets event and we will probably get Sandra Irwin, who runs the markets, to hand that one out.

And ‘Yes it is Christmas’ and I just happened to call into the local nursing home last Friday 13/12/19 when they were having their Christmas Party. Nice bunch of old folks, they made me feel real welcome and gave me a great feed. Everybody had a great night. Took some pics of the event:

Ok, I fibbed a little bit. It was actually the Shoalhaven Street Rodders Christmas Party and although many club members weren’t able to make it because of conflicting arrangements, those that did attend had a wonderful time. A big thank you to Al & Kaye for once again providing the venue and putting up with us.

I’m not sure what Mr.President got up to this year at the party, surely he can’t beat last years effort of standing alone at the fire at 2am talking to himself ? I even heard he was laughing at his own jokes. But that’s another story and I’m sure I’ll hear all those rumors in the weeks ahead. Certainly a number of club members were starting to fire on 8 cylinders at the time I left, there’s bound to be a couple of stories, other than that, I’ll just have to make some up.

MERRY CHRISTMAS AND A HAPPY NEW YEAR to everyone.

The last Of Billy’s Valla Photos have been posted. Have a look, there are some nice Rods there. 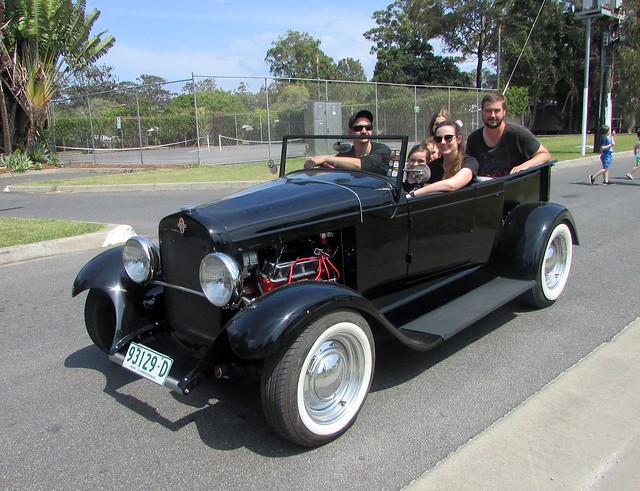 Eden Whale Festival report and Photos added. See the post on the right. A couple of tease photos, ‘Who broke down’.

Been there done that, nice little friendly community event with probably 50 plus cars in attendance. I have put up some photos of the event, unfortunately not many Hot Rods in attendance.

Dates for the Shoalhaven Street Rodders Campout Weekend at lake Tabourie and Club Christmas Party have been added.

KNOCK, KNOCK? Is there anybody out there?

Mmm, that doesn’t surprise me. The bloody Web Master has been very slack, nothing new on here since February, 2019. Damn disgraceful. No wonder everbody has abandoned ship.

Well, I’m back or at least trying to get motivated and get back into the swing of things. After all it is spring and it is hot rod Season.

So hold your breath and we’ll see what we can come up with.

So, we’ve had Kiama, we’ve had Wiaro Beach (John Watts memorial Run) and this weekend we’ve had ‘A country weekend’ at Temora.

Doesn’t the mention of all these great weekends wet your appetite and bring a smile to your face. I bet your all on the edge of your seats waiting for some great reports and great photo’s from all  3 of these runs.

Damn, now the bad news, I didn’t actually get to any of those weekends, so there are no reports and almost no photo’s.

Perhaps I can provide you with some compensation for my inadequacies by putting up some photo’s of a Show & Shine event I went to at Bomaderry Primary School Annual Fete!!!!!!  No hey, I suspected that the fete wouldn’t get you to excited.

How about some photo’s of our recent trip to the Baltic States and Russia? Ok, I won’t go there. Although there are a couple of  Hot Rod photo’s from our trip photo’s I’ll  put up for you. These were on display outside an American Bar in the city of Riga, Latvia and were the only modified vehicles we saw on out 28 day trip. I guess I can honestly say that Hot Rodding isn’t big in the Baltic States or Russia.

All right, I apologise and promise to try and do better in the future. But the best I can do at this time is put up a couple of photo’s that were sent to me last night from the award presenation at Temora, “A Country Weekend”.

Congratulations to Terry and Ronny for the awards. Not sure what car Ronny Dale had at Temora but I know Terry was taking his Fairlane.

Once again at Temora, the Shoalhaven Street Rodders took out the award for the Best represented club:

Other than that I have updated upcoming events, club events and club committee details.

But just as a reminder, the Eden Whale Festival is coming up on the weekend starting 1/11/19 (yes, I am going) and prior to that you have a Show and Shine at Wandandian on 20/10/19 and a Show and Shine at Jamberoo on 27/10/19. Jamberoo is a big event with over 500 cars (all classes and types) in attendance last year.